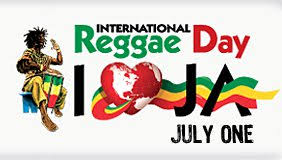 The eve of International Reggae Day brought you a well played out Jamaican segment on the Annual BET Awards. The likes of Dawn Penn, Chaka Demus & Pliers, The Dr. Beenie Man and the Energy god, Elephant Man shot up the place with nothing but Jamaican style and antics. I enjoyed it from start to finish, all 4 minutes and change of it.

I really appreciated the fact the organisers set the tone of the segment like a walk through memory lane. I say this as Dawn Penn with ‘No, No, No’ who’s from the original dancehall -late 1970s- (A space and time) represented with a jazzy feel and smooth voice and ‘rent-a-tile’ type of dancing where there was no antics, just pure clean fun. After Dawn came Chaka Demus & Pliers with ‘Murder She Wrote’ -1980s-, this form of the music is a bit more upbeat than the previous where movement on the dance floor was not limited to the one step, two, of renting a tile. The antics and crazy energized fun of our music come in where Beenie Man with “Girls dem Suga’ and Elephant Man with ‘Pon di River’ enter the segment. The Dr. and the Energy god’s  era is the era where ‘dancehall’ as most of my generation know it to be, is mainly about. – 1990’s ->2000’s –

The performance was truly a visual timeline of our music and our dancing and our energy (minus the most current of course). World, I hope you noticed that there was no ‘dashing out’ of sorts on the stage. Whine up whine up and our usual instructional dance moves were all that was done and the performance still sell weh.

I did not watch it live as I was otherwise caught up but I read and happened to hear people speaking about the performance. World, I kid you not when I say that you natives, who by the way are all Jamaican, only spoke of the Dr and the Energy god. No where in their words did I hear even a likkle mention of Dawn Penn or Chaka Demus & Pliers, the dj on stage or even the dancers. So in my mind I thought it was just them two who performed. I would like your natives to know, World, that  the performers of that performance included everybody on stage and not just the last two artistes. I felt as though your natives had no idea who the other artistes were or that they even cared. World, tell yuh people dem fi learn dem musical culture & history if is even a likkle bit without great details. (that’s a start). I strongly believe that when you’re more aware of the past, you can properly appreciate the present.

Anyways, I found it absolutely hilarious to watch the audience members attempt to sing along with the artistes. The music was flowing in one direction and the audience members mouths in another. Even if they understood what was being said, I guarantee that they couldn’t say one word correctly. lol. Another thing, sweet sweet Jamaican music ah play and half ah dem siddung a jig dem shoulder. They reminded me of the uptowners I see when I go clubbing with my friends. Obviously our music did not hit them the way Bob had meant it would. The one person who cracked me the hell up was one called, Nikki Minaj. She thoroughly enjoyed herself during and after the performance. She sang along, she rented her tile and she did the ‘pon d river’ dance among others, Nikki even flashed her hands like a real yaadie. LOL. The one Ms. Gabrielle Union, in all her sophistication, started off in her seat and by the end of the segment, she was on her feet! Got to love these characters that you called natives, World. Awesome beings. 🙂

Now that’s the power of our music!

World, I present to you with love, mi likkle island music. Remember that wi likkle but wi tallawah.

Listen to some Reggae Music today World. Celebrate International Reggae Day with me, my fellow Suburbans and Jamaicans at large.