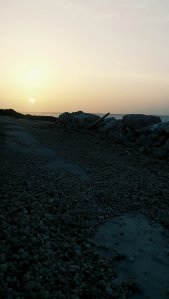 It’s been quite a while since I’ve checked in with you. Believe me when I say that I have stories and lessons to share. So, tune in!

I recently had to pay respects at the funeral of my friend’s, (Stephen*), wife. She was ill unbeknownst to almost everyone in her life and succumbed to her illness. Suffice it to say that everyone is deeply moved and saddened by this untimely loss. She hadn’t even reached the age of 50 and her mother, husband and daughter had to bury the love of their lives. May she rest in peace.

Stephen* entered my life some time ago along with a wide variety of foul and obnoxious folk who have since been cut (by the way, he’s nothing like them, nothing). They knew his wife well and loved her as much as they love Stephen*. Based on this, I expected to see them at the funeral and I was curious about how I would maneuver being in the same space as them after a few years. When I say a majority of them made my life a living hell back in the day, you better believe. Those days, I was always sick, was as skinny as a stick and “below par” had become my normal. In summary, I wasn’t too keen on seeing a few people.

However, I put my big girl panties on and refocused. Cause it really wasn’t about me. I entered the church and greeted who I wanted to greet, hugged my friend and found a seat. One by one, I noticed the folks I cut from my life. And it felt like nothing. I looked them in the eyes, smirked and nodded to indicate that I’m on my grown woman level. Would you believe that they couldn’t maintain eye contact for even 2 seconds? 😂 Not a whole 2 seconds! That speaks volumes.

That was the practice for the entire time I was there. As they spotted me, one by one, their eyes began to play swifty. What did they notice? They saw a pleased with life Candice, a Candice free from their foul environment and a Candice who showed up to support her friend. They were quite shocked as they had no clue of the relationship I share with Stephen*. Their only words were, “wow, you got fat!”, coupled with a surprised look and for some, a look of disgust. My response was a smile and the thought, “I’m in a happy place”.

From that experience, it dawned on me that I was so comfortable and grounded in their presence because I allowed that past (people and situations included) to set with the ☀ . I never allowed them to rise with the new day. Don’t get me wrong. It wasn’t easy as pie. That took some real work on self. But after reading The Four Agreements by Don Miguel Ruiz, I was able to channel the pain and hurt they brought through lessons like: when people hurt you, it’s never about you, it’s always them OR when people hurt you, never assume about the why, you’ll never truly know OR just let negative things and people go! With that, I allowed better things in my life. Hence my ability to tolerate them.

The rising ☀ brought new and better people and accompanying situations in my life. New doors and windows have opened. I am now in a position to help others who are at that point of their lives where they have foul and obnoxious people throwing them off balance. Yes, there are times where I backtrack a little in time and dwell briefly on what happened in the past. But, I bounce back! The rising ☀ gives perspective and it sheds new 💡 on spaces that were previously dark. A new dawn illustrates that an old sunset is gone forever.

*Stephen is not my friend’s real name. But for the sake of anonymity, he’ll be a Stephen*

Thanks for listening, World.